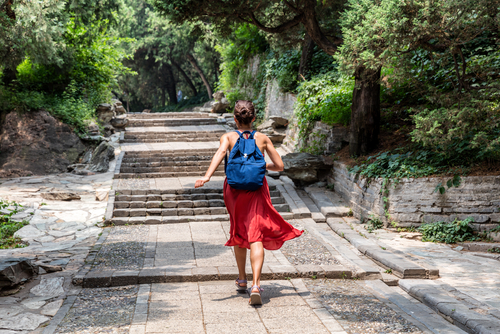 At this time of year, lists from expatriate associations, financial investment companies, and global real estate advisers rank the best places to live for Americans who want to leave the country.

When considering moving to another country, most people think of the following:

The number of people continuing working from home is still increasing, so now is a great time to try living in another country, says Euronews. As more countries start to offer digital nomad visas, it’s getting easier to live and work (if you still want to) from abroad legally.

According to the annual Expat Insider survey, Portugal and Spain are two of the top 52 ex-pat destinations. The survey was filled out by 11,970 ex-pats from 177 countries living in 181 countries.

On the other hand, Expatriate Group puts Switzerland at the top of its list. Germany, Sweden, and France are also in the top five.

Here are the top six European Countries favored by Ex-pats.

The best things about Portugal are the sun and the people.

Expat Insider asked ex-pats about the weather, and nine out of ten said they liked it. Ex-pats like the chance to play sports and said it’s easy and safe to get around on foot or by bike.

Portugal is at the top of many ex-pats’ lists because it is easy to make friends and have a fun social life. It also has a long history, a variety of cultures, a sound healthcare system, and a low crime rate.

Lisbon, the second-oldest capital in Europe and has hundreds of years old buildings, colorful Portuguese tiles, and a liberal attitude, is a young, vibrant city that draws many ex-pats, techies, and digital nomads.

Portugal is one of the most accessible places to move to because it has many visa programs, such as the golden visa and the entrepreneur visa.

There are, however, some bad things about it. Ex-pats found it hard to deal with the local government.

In response to why they chose to live in Spain, foreigners said they liked the variety of food, dining options, sports, culture, and nightlife.

Only Portugal, right next door, had a better climate and weather than Spain, Euronews said.

Spain is an attractive place for Americans to live abroad because of its low cost of living and affordable health care. More than 10,000 Americans live in Madrid, the country’s cosmopolitan capital.

Spain has been a destination for the famous and not-so-famous Americans looking for “la buena vida” (the good life).

The cost of living in Spain remains low compared to other European countries, and it has visa programs with fewer requirements than some other EU countries. For example, freelancers and digital nomads who want to work in tech and fashion hubs like Barcelona can get a self-employment visa.

Young Spaniards may speak English, but it is best if you learn the language. Some ex-pats were unhappy with their job opportunities, just like people in Portugal, and Spain also has a lot of people out of work.

Switzerland is at the top of many lists of the best places to live because of its high quality of life, beautiful countryside, and good education and health care systems for both ex-pats and people.

While Switzerland’s cost of living is relatively high compared to other countries in Europe, its low crime rate, top-rated schools, eco-friendly attitude, and high-paying finance jobs make up for it, writes Expatriate Group, which ranks Switzerland as the best place to live in Europe. Public services and infrastructure are also in very good shape.

Ex-pats often move to Zurich because it has good public transportation, easy access to top universities, and international schools. Additionally, Lausanne and Basel are ranked as some of the best cities to live in.

In Switzerland, having a good balance between work and life is very important. Workers have the right to four weeks of paid vacation, and employers discourage them from working extra hours.

Still, some ex-pats were unhappy with how much it costs to live.

Germany is one of the best places for Americans to move to because it has a lot to offer in terms of culture, public transportation, health care, tuition-free schools, and an easy and quick commute.

The cost of living can differ in different parts of the country, but big cities in Germany are often less expensive than similar cities in other European countries.

It’s best to learn German if you want to get along with people in Germany.

It’s not easy to get a visa and stay in Germany for a long time since most visas only last 90 days, Internations says, but it’s well worth it.

Germans have a good balance between work and life and often spend their free time running, hiking, cycling, or playing sports. Even in the middle of cities, there are open green spaces.

They are also known for being one of the most productive countries in the world, even though they work fewer hours on average than people in other European countries. Most German workers get 14 paid holidays and about 30 days of paid time off.

Berlin is a lively city that attracts young ex-pats because it has jobs in the tech industry, and its LGBTI community is growing. Munich, another popular place for Americans living abroad, is a short train ride from Berlin.

People think Sweden is excellent for ex-pat families because it has a high quality of life and affordable child care that fits with its family-centered culture. Swedes get 480 days of parental leave, which the couple can split in any way they want.

Taxes and living costs are high, but the high quality of life makes up for it. Sweden has excellent infrastructure, health care, and education systems for its people.

The farther north you go, the longer, darker, and colder the winter can be, says Expatriate Group. On the other hand, summers have long, sunny, and warm days. Swedes will take advantage of the nice weather and beautiful countryside by camping, boating, and cycling, among other outdoor activities.

Austria is a popular place for Americans to live abroad because it has a strong economy, a green-living philosophy, a lot of cultural opportunities, high-quality education and health care, good public transportation, and beautiful rural scenery.

Austria has a high standard of living, which means that the cost of living there is also high.

Expatica says that Austrians tend to be reserved and formal at first. But if you manage to make Austrian friends, you’ll quickly see that they love to get dressed up and go to concerts, cultural events, and balls. Every industry has balls, and dancing the night away in a dress or tux is an old tradition that Austrians still love.

Austria’s official language is German, so if you want to be a part of the culture there, you should learn the language.

Vienna, the capital of Austria, was recently named the best city in the world, making it one of the country’s most popular places to live.