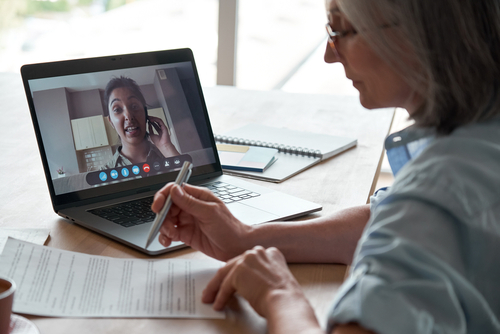 In many ways, retiring in the modern day is more like work than it is rest. What is the dissimilarity? Those in retirement no longer have to adhere to the schedules of their former employers or the norms of society if they choose to continue working. Many recent retirees report wanting to work “a bit” during their golden years.

Almost 2 million people left the workforce during the first 18 months of the pandemic. The folks that left are now returning to their jobs in what can only be described as silence. The numbers of retirees quietly returning to the workforce after the alarm bells rang in the spring of 2020 are larger today than they were then. Why would people who have worked for decades and reached what is marketed as nirvana, a.k.a. retirement, return to work? A time when “quiet quitting,” working just enough to match your job’s description, but no more, has become a strategy to retain their sense of quality of life? As many would guess, concerns about finances and the possibility of inflation are prominently among the grounds for many retirees deciding to return to work.

According to a survey conducted by Joblist, 27% of retirees who went back to work did so because they needed the money, and 21% did so out of concern that inflation would deplete their retirement savings. Despite this, the statistics show that neither monetary nor inflationary concerns are the fundamental cause of retirees’ desires to return to work. Sixty percent of retirees who return to work say they are “searching for something to do.” Kevin Harrington, CEO of Joblist, says many people struggle with how to spend their time once they retire and miss the social connection that work provides.

Work isn’t just about making a buck; it is important in many ways that go far beyond financial support. We spend disproportionately more time with colleagues than with friends and family outside of work. We have to work, and it doesn’t always fit our schedules perfectly. But the days can feel endless when there is nothing to do and no reason for living. Isolating oneself during the epidemic was a helpful exercise in emergency retirement preparation. No matter how big our “to-do” list for retirement was, many of us learned at that time that we were not ready for unstructured days, weeks, or years.

More than half (52%) of the quietly returning workers were relieved to return to work, with 42% expressing excitement about punching their clocks again. Returning retirees sought employment opportunities that would provide them some degree of freedom, much like their younger counterparts, and 79% were more interested in finding part-time employment. Additionally, 50% of respondents have said they are open to working remotely, which is likely to please many businesses. In addition, according to Joblist’s Harrington: it could be good news for companies. When workers are scarce, businesses can and should tap into the skillsets of retirees.

However, there is some apprehension about going back to work. Almost a third of retirees polled by Joblist reported feeling anxious, stressed, or frustrated about the prospect of going back to work. It might be challenging to get back into things at work after retiring. Think about how challenging it has been for people of all ages to return to work following the pandemic. The worries of retirees often overlap and add up. After a long break from the workforce, they may feel ‘rusty’ or unprepared to return to work. How does one go about crafting a CV that highlights their many years of varied experience? Tips for acing an interview with someone who could be their kid or grandkid. In what ways would they say that they were fairly compensated? And many people have good reason to worry that they won’t be welcomed by their younger coworkers and bosses in a culture where ageism is rampant.

Some people who make this subtle transition into the workforce are “unretired.” It’s not a wrong way to put it, but it doesn’t capture the full impact that the quietly returning may have on the social narrative of retirement. They broke new ground, so to speak, by coming out of retirement. These baby boomers are creating a new category of life that falls outside the norms of either retirement or employment. They are secretly bringing into being a new life stage in which retirement age is merely a benchmark rather than a final destination.