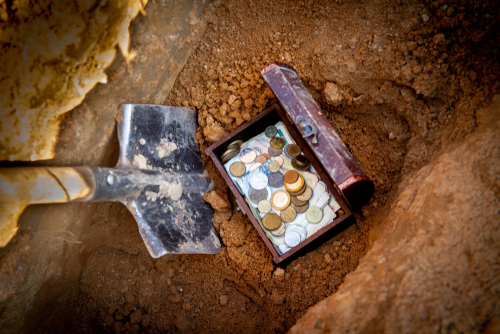 People can take a non-hardship withdrawal while still employed by their employer or borrow up to $50,000 as a loan from their 401(k) plans to be reimbursed to their accounts. However, should they withdraw money without a legitimate and pressing need for it (this would be a hardship withdrawal). In that case, they’ll have to pay a 10% withdrawal fee, and the IRS would probably withhold 20% of the amount taken out for taxes.

In October, 0.5% of those with 401(k) retirement plans took hardship withdrawals, the highest percentage since Vanguard started keeping track of the data in 2004. People who need money frequently turn to hardship withdrawals as a last resort, which may indicate how severe the financial suffering of customers is. According to IRS regulations, they can only be used to meet an “immediate and heavy financial necessity” and are subject to income taxes and a potential 10% early withdrawal penalty. For instance, people in the 22% tax bracket would owe $1,000 in fines and $2,200 in income tax for a $10,000 hardship withdrawal.

Although a hardship withdrawal can provide you with rapid access to money, it has significant financial repercussions. The longer-term retirement repercussions must be considered in addition to the direct taxes and penalties.

According to Nilay Gandhi, a senior financial adviser at Vanguard, you might not be able to contribute to your employer-sponsored retirement plan for up to six months. You risk losing the compounding growth of your investments because you receive a return on both your initial investment and any prior returns you received; compounding increases your money enormously.

However, if you have to use your retirement funds, you might want to think about these two possibilities first:

You might borrow money from your 401(k) (k). If your plan permits loans, they must be repaid into your retirement account to prevent a loss and pay yourself back. According to the IRS, if the loan complies with the regulations and the payback plan is observed, the money isn’t taxed. Note that loans are limited to $50,000 or 50% of the vested account balance, whichever is smaller unless the balance is divided by less than $10,000 in half.