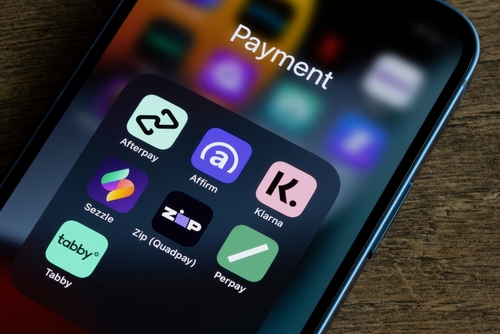 A growing number of Christmas consumers are utilizing “buy now, pay later” (BNPL) programs like Affirm and Afterpay. Financial gurus caution that it is a valuable instrument that can rapidly lead to debt accumulation.

During Cyber Week, buy now, pay later transactions increased by 85 percent, according to statistics from Adobe Analytics. Since they are unregulated and do not need credit checks for authorization, the services are under increasing scrutiny.

One financial counselor referred to BNPL as “predatory lending,” while others offered advice to assist consumers in making the most of BNPL.

Finance experts are divided as to whether or not the increasing popularity of these products portends disaster for customers.

The disadvantages of BNPL

Anora Gaudino, a financial advisor at Wealthspire, referred to it as “predatory lending” in an email to Insider. Guadino stated that people are unaware that they are paying far more than the goods are worth. Usually, those who are already struggling to pay their bills.

Buy now, pay later (BNPL) services may be utilized for almost anything, including expensive items such as a Peloton cycle and everyday essentials such as groceries.

Dr. Budgets, a firm that helps individuals manage their finances, is owned by Kay Dickens, who has observed more clients who are already deeply in debt get clearance for purchase now and pay later.

Dickens said that one of the clients that approached me had seven or eight different ones. All of the payment terms vary. She had no idea when she was paying, how much she was paying, nor did she understand she had so many. Dickens admits that it’s quite difficult to manage the budget when you don’t know how many payments you need to make.

The most popular services, such as Jack Dorsey’s business Block’s AfterPay, are digital payment systems that allow consumers to defer payments. Unlike credit cards, most BNPL services do not require a credit check and do not incur interest. However, purchasing now and paying later remains uncontrolled in most nations.

A lack of regulation increases users’ risks, according to Barry Coleman of the National Foundation for Credit Counseling. He noted that they might not offer the same consumer safeguards as traditional credit instruments, such as credit cards.

Is BNPL portrayed in a too-bad light?

For many consumers who do not qualify for a credit card, Dickens stated that buying now and paying later has been a useful method of financing items.

It may be a positive thing if you are adept at managing your finances and spending money. Even if you don’t have a lot of credit, he stated you may still pay for large goods in several payments.

Ryan Payne, president of Payne Capital Management, feels that the language around installment payments is too pessimistic. He believes that the increase in usage is a positive indicator for the economy since it indicates that consumers are optimistic about their finances.

Payne added that he believes the job market is extremely competitive, and if individuals believe they’ll be able to pay off those charges later, it usually indicates that they believe they’ll have their work next year.

Numerous experts concur that a buy now, pay later solution might be advantageous for cautious customers. Coleman advised individuals to limit their service usage, so they don’t find themselves in a scenario where they’re overexposed and have numerous strategies in place.

Dickens stated that he recommends his customers ensure that they have no more than two purchases now and pay later installment loans. Many problems arise when there are many instances.