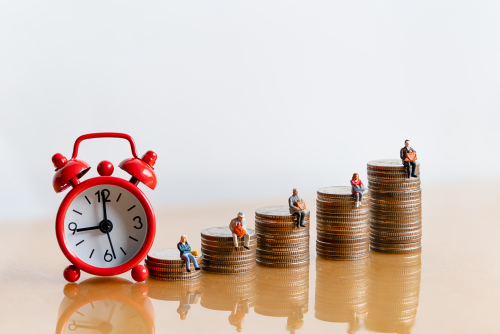 Accordingly, it’s accurate to call Social Security a lifeline for retirees’ finances. This is the case even for people with a sizable nest egg in a retirement account or 401(k). However, many seniors each year find themselves in a position where they cannot fully benefit from Social Security due to a long-standing law. And if you aren’t prepared, you could be in for a rude awakening when retirement comes.

Social Security benefits are sometimes taxed at the federal level, which shocks many retirees (some states also tax benefits, but that’s another topic altogether). Take note of the word “can,” which we have used here. In most cases, benefits are not taxable. But whether or not they depend on their temporary finances.

Non-Social-Security income plus fifty percent of annual benefits is known as “provisional income.” If you receive $18,000 in benefits each year and have a yearly income of $20,000 outside of Social Security, your provisional income is $29,000.

It doesn’t take much provisional income to push someone over the line where their Social Security payments start getting taxed. As a matter of fact, up to half of your Social Security benefits may be up for taxation if you are a single person with a provisional income between $25,000 and $34,000. If your annual income exceeds $34,000, up to 85% of your benefits may be subject to taxation.

You may be thinking, “Wow, these criteria are low,” but you should know that they were set decades ago and haven’t been revised since then. Unfortunately, even if your overall income is relatively low, you may still be required to pay considerable taxes on some of your Social Security benefits.

It’s crucial to sit down with a financial advisor and get a clearer understanding of what your tax burden can look like in retirement. Social Security benefits are just one of several income sources that can be taxable. Meanwhile, you may be able to keep the majority of your Social Security income by taking specific measures.

A Roth IRA is an excellent place to put your retirement funds. Withdrawals from these accounts are tax-free and not included in provisional income, so they can be used to reduce the number of Social Security benefits that are forfeited to the IRS.

These standards should be reviewed by politicians in the future so that they better reflect the current costs of living. However, there is no reason to expect this to be a top priority, as those thresholds haven’t changed in decades. Thus, even low-income retirees need to accept the reality that a portion of their Social Security income would be taxed away.

If you’re like most Americans, you’re behind in retirement savings. A higher retirement income is possible with the help of a few little-known “Social Security secrets.” By way of illustration, a simple strategy can increase your annual income by as much as $18,984! In our opinion, you will be able to retire with the security we all seek once you grasp the idea of how to utilize your Social Security income in the best way possible.