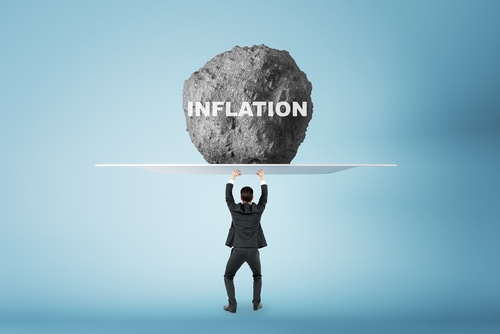 In recent months, we have all felt the effects of inflation, whether in a grocery store, gas station, or restaurant. However, growing costs limit our present spending and threaten our retirement income.

According to Anqi Chen, a senior research economist at Boston College’s Center for Retirement Research, when it comes to retirement savings, most households desire to maintain a specific level of living, not merely a certain cash amount. If your retirement savings and income do not keep pace with inflation, you may need to reduce your spending significantly if you want your money to survive.

Fortunately, there are ways to mitigate inflation’s influence on your long-term financial health, some of which are inherent to certain income streams and savings vehicles and others discretionary. Here is how several retirement fund sources guard against inflation.

According to a recent AARP poll, ninety percent of Americans aged 50 and older are concerned that their current or future Social Security payouts will not keep pace with inflation. However, Social Security may be the greatest retirement vehicle against inflation.

In the form of a yearly cost-of-living adjustment, benefits incorporate inflation protection (COLA). If a government gauge of consumer prices indicates a year-over-year increase, Social Security benefits increase by the same proportion. The COLA for 2023 is 8.7 percent, the largest benefit increase in over four decades.

Social Security’s inflation protection is flawed since the COLA reflects price fluctuations from the prior year. For instance, the 5.9 percent adjustment for 2022 based on price increases in 2021, the adjustment increase was surpassed by this year’s soaring inflation. Overall, Social Security provides a stable guarantee for the purchasing power of retirees throughout time.

Funds for retirement and other investments

Individual retirement accounts and 401(k) investments are not adjusted for inflation. They increase or decrease in value when the market rises and falls, and they only protect against inflation if the rate of return meets or surpasses the inflation rate.

Once you begin withdrawing funds from the account, you can change the amount you remove to account for inflation.

This strategy has significant risks. One is that you may draw down too quickly and run out of money. In addition, larger withdrawals can be detrimental when the market is down since they can lock in losses while stock prices are low and reduce the amount you can recoup when they rise.

Some investment funds contain dividend-paying equities. These can give a steady income stream and “help cushion some of the losses” from inflation, according to Dan Cronin, founder of Lifestyle Wealth Management in Kailua-Kona, Hawaii.

Other investments account for inflation. The interest rate on U.S. Department of the Treasury-issued I Bonds is modified twice yearly to reflect changes in consumer prices. Treasury Inflation-Protected Securities (TIPS) is an alternative government investment product in which the principal can increase with inflation, increasing interest payments.

In light of data from the U.S. Census Bureau, while traditional employer pensions have fallen significantly as a source of retirement income in recent decades, 30% of older persons still have one. Whether a pension payment considers inflation depends on the institution that distributes it.

Craig Copeland, director of wealth benefits research at the Employee Benefit Research Institute, explains that pensions from private businesses often lack a COLA. He says many public-sector pensions make adjustments, although the adjustment is frequently restricted to a certain amount.

In a year with inflation exceeding 9 percent at times, such a government pension likely “would not have covered it totally,” according to Copela.

Those seeking a retirement income guarantee may find annuities intriguing. When you purchase an annuity, the money is normally invested with the guarantee that you will receive monthly payments.

As a hedge against inflation, certain annuities include a cost-of-living clause that offers an annual percentage increase. For instance, your dividends may rise by 3 percent annually instead of a set sum. However, inflation-protected annuities often have smaller payments and greater costs than those without inflation protection.

Savings accounts, money market funds, and CDs are safe investments for the money you may need shortly; you should not expect their interest rates to maintain pace with inflation. Consequently, their purchasing power will likely diminish during high inflation.

By picking short-term certificates, you may be able to reduce the impact of inflation on CDs. While they normally give lesser yields than long-term CDs, your funds are not tied up for a longer period, providing you the opportunity to invest them elsewhere, such as the stock market, where they may earn a better return, albeit at a greater risk.