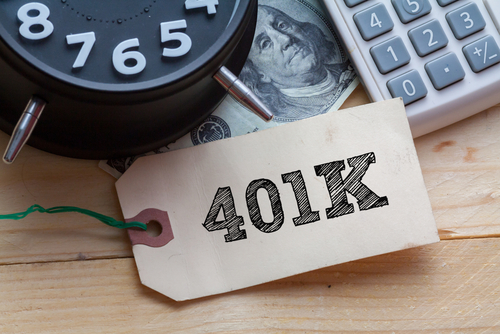 Over a trillion dollars in assets are sitting dormant in 401(k)s owned by people who have lost their jobs or left the workforce in the past few years due to the pandemic.

But assistance is on the way to getting you back in touch with your money. Secure Act 2.0, passed in the waning days of 2022, mandates the creation of a central registry for misplaced retirement funds by 2025.

The recent volatile job market gave employees plenty of chances to lose their retirement savings. At the outset of the pandemic, business closures resulted in the unemployment of 23 million people, the highest number since the government began keeping track of such figures.

An unprecedented 4.5 million workers left their jobs in November 2021, seeking better pay or more meaningful work due to the health crisis and the reopening of the economy.

The national savings gap could be significantly reduced and improved if the new law assisted Americans in locating their lost 401(k) accounts.

An employer 401(k) plan is an option for retirement savings. While not all businesses provide them, the larger ones typically do, withholding money from workers’ paychecks and investing it in the market so that workers can save for the future. Employee contributions are eligible for tax breaks up to a specific limit, and some employers will even match a portion of their employee’s contributions.

Although there are other options for workers to save for retirement, such as individual retirement accounts (IRAs) and pensions, 401(k)s account for approximately one-fifth of the $37.2 trillion U.S. retirement market, which is why the lost-and-found provision of the law is so necessary to its supporters.

As of 2020, there were reportedly 600,000 plans in operation, serving 60 million active participants and many more former workers and retirees. There was an estimated $7.3 trillion in stocks, bonds, cash, and other assets in those accounts as of June 20th, 2021.

According to Capitalize, a financial services firm specializing in 401(k)s, there were 24.3 million forgotten 401(k)s with approximately $1.35 trillion in assets as of May 2021, with 2.8 million dollars, more left behind each year by people leaving jobs.

Companies can transfer inactive accounts with balances between $1,000 and $5,000 to an individual retirement account under the Economic Growth and Tax Relief Reconciliation Act of 2001.

To put it another way, “those accounts sit and decay,” For the most part, IRAs put their money into bank or money market accounts, which are among the safest investments but also provide the lowest returns.

The Employee Benefit Research Institute found in a 2019 study that after adjusting for inflation, those accounts could have grown by $1.51 trillion over 40 years if they had been left invested. Those between the ages of 25 and 34, according to the findings of the non-profit research organization, would have been able to save an extra $659 billion for their golden years.

People could use their birthdays, names, and Social Security numbers to search a database maintained by the Department of Labor to see if they are eligible for any forgotten retirement funds. If they do, they’ll find out where the money is and who to talk to about getting it. After that, they can make plans to transfer the funds.

To inquire about a 401(k) plan, former employees will need to locate and get in touch with the company’s human resources department where they previously worked or the plan’s administrator. This can be difficult if the company has recently undergone a merger, bankruptcy, name change, or physical location change.

Similarly, companies can use the database to track down former workers who may have forgotten their login information and send them a friendly reminder.