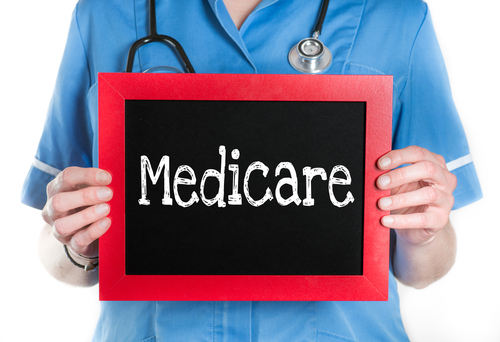 Next year, certain Medicare recipients may see a substantial reduction in the cost of prescription drugs, but discovering these savings will not be simple.

In August, Congress passed an Inflation Reduction Act that set a $35 ceiling on insulin costs for seniors and free immunizations and other Medicare enhancements. However, the change arrived late to be incorporated into the Medicare plan finder. This online tool lets Medicare recipients compare dozens of prescription and medical plans to find the best deal.

According to officials, the issue solely affects 2023 plans.

To correct predicted enrollment errors, Medicare authorities will allow insulin-using seniors to switch plans the following year. After December 8 and into 2023, they can make one modification during a special enrollment period for “extraordinary circumstances.” Typically, individuals are confined for a whole year.

In a paper given to the State Health Insurance Assistance Program, or SHIP, which aids Medicare members in every state, the Centers for Medicare & Medicaid Services released early specifics of the possibility. Beneficiaries can obtain further information by visiting their local SHIP office, even if Medicare did not publish the material. Officials from CMS refused to explain whether the right to switch plans will be provided automatically.

According to Chris Reeg, director of the Ohio Senior Health Insurance Information Program, insulin users can switch plans in 2023 since CMS is giving a special enrollment period.

According to Janet Stellmon, director of the Montana State Health Insurance Assistance Program, certain enrollment periods can be avoided in some situations. If the plan charges a member more than $35 for insulin, a SHIP counselor can request that the plan remedy the error. Stellmon, who helped a beneficiary save $565 per month on insulin, remarked, “Plans often strive to set things right immediately.”

Kaiser Family Foundation (KFF) discovered that Medicare users spent $1 billion on insulin products in 2020, four times the amount paid in 2007, with some spending as much as $116 per month out of pocket. In 2018, insulin costs in the United States were sometimes five to ten times more than in other nations, according to recent research. Approximately 3,3 million Medicare beneficiaries use insulin to regulate their blood sugar levels.

The $35 copayment for injectable insulin products goes into effect on January 1 and July 1 for insulin pump users. When insulin-using beneficiaries now check the plan finder, the price may be thousands of dollars per year rather than the maximum $420 allowed by law. Erroneous pricing might also skew the costs of other medications, which vary based on the patient’s coverage phase. For instance, after the plan and the patient spends a total of $4,660 on medications in the next year, the member pays no more than 25 percent of the cost for non-insulin drugs.

Medicare authorities are warning beneficiaries about the issue. According to a notice during a plan finder search, you may not see the $35 cap when comparing plans. It further states that you should speak with someone to compare plans and direct users to the Medicare support line at 800-633-4227 or a SHIP counselor. The opportunity to switch plans after the December 7 registration deadline is not mentioned. However, SHIP counselors and Medicare helpline workers utilize the same defective plan finder.

Georgia Gerdes of AgeOptions in Oak Park, Illinois, instructs Illinois residents on assisting Medicare recipients. She stated that she looks for policies without adding insulin to a client’s medication list and separately searches for plans that cover the client’s kind of insulin. Before making suggestions, she examines these lists to see if items on the insulin list are also on the non-insulin medicine list and manually adds the $35 monthly insulin cost.

KFF reported that Medicare recipients filled prescriptions for 114 types of insulin in 2020, and those without low-income subsidies paid $572 on average.

Tatiana Fassieux, an education and training expert at California Health Advocates, noted that drug plans are not required to cover all injectable insulins. “It all comes down to the formulary,” she continued, referring to the list of covered medications.