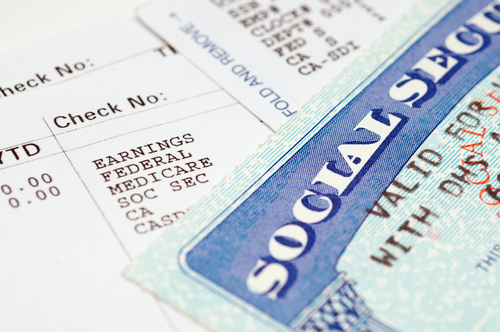 Social Security is a lifeline for millions of seniors. According to a recent poll, more than 70% of retirees rely heavily on Social Security income, and 40% of the group says they rely entirely on their benefits.

Social Security is on the verge of significant changes, some positive and some negative. Three things can be expected in the coming years.

The Social Security Administration (SSA) is now experiencing a financial deficit. The program’s expenditures exceed its revenue, which means it pays out more money in benefits than it receives in taxes.

The SSA has drawn from its two trust funds to pay the shortfall. Despite the cash deficit, this has allowed the program to continue providing full benefits.

However, according to the most recent predictions from the SSA Board of Trustees, those trust funds are likely to run empty by 2035. Once that occurs, taxes and other sources of revenue will only cover around 80% of predicted benefits, implying that a 20% benefit decrease is possible.

Social Security, on the other hand, is not going bankrupt.

The good news is that this issue isn’t as serious as some may believe. According to a 2022 analysis from the Transamerica Center for Retirement Studies, almost 70% of employees anticipate that Social Security will not be available to them when they retire. Despite its funding shortage, Social Security is neither going bankrupt nor disappearing.

Payroll taxes mostly fund the program’s benefits, and workers contribute to the scheme through taxes distributed to retirees. When today’s employees retire, newer workers will pay taxes to cover their benefits.

Even if the trust funds are drained, some money will still be available to pay out benefits. In other words, as long as employees continue to pay taxes, Social Security will continue to exist.

Big changes may be on the way.

The best-case scenario is that Washington will solve Social Security’s funding shortfall by 2035, preventing benefit cutbacks entirely. However, lawmakers are divided on viable answers. Among the most common choices are:

Raising taxes on rich workers: Social Security taxes apply only to the income of up to $147,000 per year. However, some MPs have proposed taxing all income beyond $400,000 yearly. This would boost the amount of money going into the program, allowing the Social Security Administration to pay out greater payments.

Payroll tax increase: This idea would boost the payroll tax. This would apply to all workers due to payroll taxes, regardless of income, and would help to support Social Security.

Raise the full retirement age: Currently, the full retirement age for all people is between the ages of 66 and 67. However, some politicians have advocated raising that age to anywhere between 68 and 70. Workers would have to wait longer to get their full benefit amount under this idea, decreasing their lifetime benefits and the program’s expenses.

Reduce benefits for higher incomes: Some politicians have proposed cutting payments for the top 20% of workers to reduce Social Security spending. These higher-earning retirees would still receive more than the typical retiree, but not as much as they would normally receive.

Nothing is set in stone since Congress has yet to agree on these proposed solutions. However, as we approach 2035, Washington will feel more pressure to act before retirees face pension cuts.

There might be significant changes to Social Security, but we won’t know for sure until Congress agrees. By remaining informed about these developments, you may be as prepared as possible for whatever may occur.