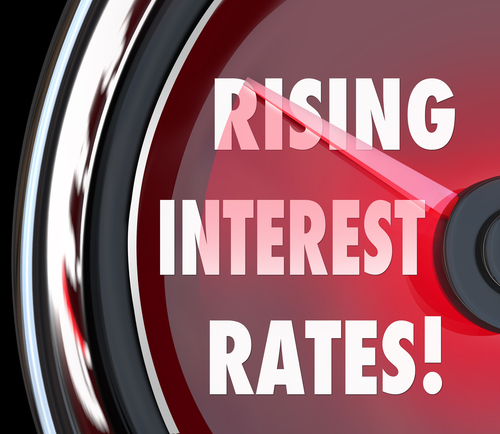 An important decision near-retirees face is whether to take their pension benefits upfront as a lump sum or over time as an annuity. The rise in interest rates – a current state of affairs – may affect that amount if you are leaning towards a one-time payment near retirement.

The time to consider taking a lump amount from your pension and planning how you will use the money is now.

Listed below are some of the benefits and drawbacks.

We benefit from higher interest rates in our savings and checking accounts, but pension fund holders shouldn’t necessarily celebrate. Increasing interest rates reduce the value of a pension’s lump sum payout. This is because the purchasing power of a pension lump payment might decline in relation to rising interest rates. As a result, retirees who want to cash out their pensions early are doing so at a higher rate than before.

As interest rates rise, there is an increase in annuity rates, which might make annuity income more substantial than pension income. There is a lot to think about if you currently have a pension.

The Benefits and Drawbacks of a Single Lump Sum Payment

While some pensions do allow for lump sum distributions, others do not. This lump sum payout is intended to replace the standard lifetime pension. The money can be moved into an IRA without penalty. As soon as the money is in the IRA, it can be put into mutual funds, equities, CDs, an annuity, or almost any other investment.

The benefits and downsides of transferring a pension lump payment to an IRA.

Better regulation: When you roll over a pension into an IRA, you get to decide how and when to withdraw the money (or not). An Individual Retirement Account (IRA) allows greater discretion over your retirement savings.

Spending down: It’s possible to spend too much and drain the account too quickly, and investments in the stock or bond markets might cause the account to suffer losses. However, the IRA lump sum amount may not increase as much as the pension would have if you invest it poorly, for example, by leaving it in low-yielding cash or CDs.

Funds for youngsters: A pension is useful for saving for old age. The welfare of your children should factor into your decision, but they should not be the deciding factor. If the children are named as primary or secondary beneficiaries of the IRA, they will get the remaining amount upon the parent’s death. Remember, according to IRS guidelines, children of a deceased parent must exhaust the IRA account within ten years. This is not the case if you elect for pension income, which ceases upon the second of your death or your spouse’s death if you choose a joint option.

Better growth opportunities:  In general, pensions only generate returns in the low single digits, making them a cautious investment. Low-risk investments may meet your needs, but if you’re hoping for more growth, you can always put the money in an Individual Retirement Account and invest it there. You should be aware that there is a risk of loss when investing in an IRA and that you should have a plan before you invest.

The Pension Benefit Guaranty Corporation provides a possible safety net for retirees, albeit only up to a certain limit. In the future, the PBGC may alter its policies and assurances.

Corporation sold or bankrupt: If your corporation is acquired, sold, or goes bankrupt, the terms of your pension may change.

Pay Ratio:  If the payout ratio of the pension is greater than your withdrawal rate, rolling over the pension to an IRA may not be the best option.

As you weigh your options, you should also consider the rate of return on your pension. You can get advice on what is best for your retirement from an expert.

Now is the time to compare pension income with an annuity income if the prospect of a steady stream of retirement income appeals to you, but you’re concerned about leaving your heirs empty-handed. This year’s rise in interest rates has led to higher annuity payment rates, and more and more annuities are outpacing pension income.

Unlike an annuity, a standard pension cannot be passed on to the next generation. The “cash refund” option is one of many available on annuities, allowing the beneficiary to get the remaining account amount.

An example: This client can choose between receiving a $300,000 lump amount or an annual income of $19,996 from their pension. If the client died in ten years, the person would have earned a total of $199,960. The remaining $100,040 will be lost. This is in stark contrast to converting the lump amount into a cash-return instant annuity. The annuity provides a higher annual income and allows the customer’s children or other beneficiaries to inherit the whole account amount of $100,040 if the client passes away in year 10.

Choosing between a lump sum and an annuity may not be the most important thing. Still, it allows you to have both: retirement income for as long as you and your spouse live (assuming you pick joint income), with the leftover account balance passing to the children.

The options for annuities are varied. With an immediate income annuity, you may start receiving payments right away. In contrast, a delayed annuity does not begin making payments until later. A fixed deferred annuity may hold some appeal because it is conservative, like most pensions. If you need assistance making decisions, consulting with a knowledgeable, impartial advisor is your best bet.

There is no “safe” investment. Unlike pensions, an annuity’s payout remains the same each year, regardless of rising costs. Inflation-adjusted income is possible, although it typically results in a lower income overall, particularly at the beginning of retirement.

Creditor risk is another possibility. The financial stability of the issuing corporation is crucial to the annuity investor. That’s why it’s important to invest only with a reputable insurance company and to think about carrier diversification by allocating a portion of your pension lump sum across many different insurance providers.

The inability to access your money quickly is another negative; certain annuities impose early-surrender penalties if you withdraw more than your guaranteed payout. Last but not least, read up on the costs. There may be both fixed and variable charges.