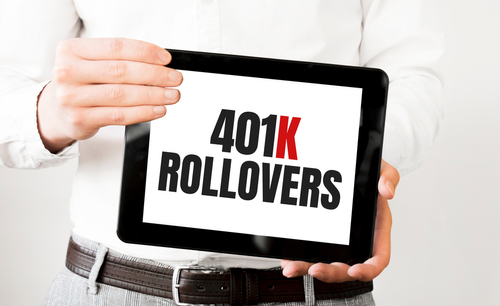 According to a new report, IRAs may charge seemingly minor higher fees than workplace retirement accounts. However, the difference can add up to tens of thousands of dollars over time.

According to new research, Americans who transfer money from a workplace retirement plan to an individual retirement account may be caught off guard by seemingly minor increases in fees that can significantly erode savings over time.

People with 401(k)s who change jobs or retire frequently receive marketing from financial companies urging them to “roll over” their balances to individual I.R.A.s. However, according to Pew Charitable Trusts research, those I.R.A.s may charge higher fees.

This is significant because Americans do not save enough for retirement, according to John Scott, director of Pew’s retirement savings project. Paying higher fees over a long period of time hurts savers even more, potentially resulting in tens of thousands of dollars less in savings.

“Seemingly minor fee differences can have a significant impact on America’s retirement savings,” Mr. Scott said during a research presentation online. According to him, I.R.As have more than $13 trillion in assets, with the “vast majority” coming from rollovers from employer-sponsored retirement plans.

According to Pew, investors may pay lower fees for mutual funds in their workplace plan than they would in an I.R.A. if they kept their money invested in the same funds. This is due to the fact that employer plans can negotiate lower fees for institutional investors, whereas mutual funds may charge more for shares sold to retail customers to cover costs such as marketing.

According to Pew’s new research, mutual fund management companies with the highest and lowest fees are ranked by their average expense ratio for both institutional and retail shares. (The expense ratio is the annual expenses of a fund as a percentage of its holdings.) Pew examined the fees charged in 2019 for more than 3,800 mutual funds offered by more than 200 companies using a database at the University of Chicago’s Center for Research in Security Prices.

Pew discovered that mutual funds that primarily hold stocks charged “significantly” more for retail shares. The median expense ratio for retail investors was 1.24 percent, compared to 0.9 percent for institutions. Despite the fact that the difference is only 0.34 percentage points, it can equate to thousands of dollars less in savings.

Here’s a fictitious example from Pew: Jim, 26, is leaving his job in search of a better opportunity. Because he is unsure how long he will stay at his new job, he transfers $30,000 from his 401(k) to an I.R.A. rather than his new employer’s retirement plan. He invests the money in the same stock mutual fund he had with his previous employer because he lacks the time to do research. However, the annual fee for the I.R.A. fund is 1.24 percent of his assets, compared to 0.9 percent in the 401(k) (k). Over the course of 40 years, the total fees paid in the I.R.A. would deplete his retirement savings by nearly $65,000. (assuming no new contributions and annual returns of 8 percent).

Of course, not all funds in workplace plans have lower fees than those in IRAs, according to Mr. Scott. Some plans may have fewer options and charge higher fees. However, investors may lose money if they are unable to interpret fee information in often “opaque” investment disclosures, according to the report.

When leaving a job, employees should carefully consider their retirement savings options, including remaining in the old employer’s plan. The fees in that plan may be lower, but you must compare them. (Some employers will not let you leave your money if it is small.)

Here are some frequently asked questions and answers about rolling over retirement funds:

How can I compare the fees of various mutual funds?

Typically, you can find a fund’s expense ratio, also known as “total annual fund operating expenses,” on the website of the fund’s management company or in the prospectus.

The Financial Industry Regulatory Authority, a private organization that regulates brokerage firms, provides an online fund analyzer that allows you to compare information about various funds, including expenses.

Administrators of 401(k) plans are required to disclose fund fees, but according to GAO research, many participants have difficulty using the information.

What if my financial advisor suggests converting my 401(k) to an I.R.A.?

Inquire about the reasoning behind the advice, as advisers may be compensated for managing your money in an I.R.A. According to Nevin E. Adams, a spokesman for the American Retirement Association, an industry group, as of July 1, advisers must provide written documentation explaining why a recommended rollover is in your best interest. The mandate is part of new rules issued by the Department of Labor.

Is there any disadvantage to keeping my retirement funds with a former employer?

According to Heather Winston, director of financial planning and advice at Principal Financial Group, you cannot contribute to a 401(k) plan of a former employer. If you abandon it, you should open a new account to keep your retirement savings on track. She claims that sticking to an employer plan limits you to the company’s menu of investments, whereas an I.R.A. may provide more options.

It can also be difficult to keep track of multiple accounts if you change jobs frequently, according to Michael J. Garry, founder and CEO of Yardley Wealth Management. Consolidating them in an I.R.A. can help ensure that funds are correctly allocated among various types of investments.