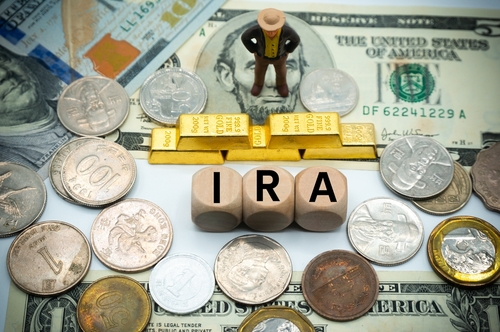 Today, it appears that fewer individuals prefer to discuss managing investing portfolios. In truth, for many people, “investing” means choosing which mutual funds to buy.

On the other hand, mutual funds are not one-dimensional entities and are made up of individual security investing portfolios. As a result, it makes sense for you to grasp how these portfolios operate. Going back to fundamentals may be the most effective approach for doing this. There is, after all, such a thing as traditional investing a/k/a old school investing.

In 1934, Ben Graham, dubbed the “Father of Value Investing,” co-wrote the important book Securities Analysis with David Dodd. This book is regarded as a “must-read” if you want to become a stock analyst and manage various types of portfolios (including mutual fund portfolios).

Many readers prefer Graham’s The Intelligent Investor, which is arguably more approachable. This book was initially published in 1949, but it was updated numerous times. The last update was in 1973, three years before Graham died. The book suggests a  fundamental guiding rule that the investor should never have less than 25% or more than 75% of his capital in common stocks, with the resulting inverse range of between 75% and 25% in bonds.

This straightforward asset allocation guideline mirrors the common knowledge of diversification’s advantages. “Diversification” refers to investing in stocks, bonds, and other asset classes, according to Stuart Robertson, CEO of ShareBuilder 401k in Seattle. Diversification across asset classes might be beneficial since one asset class may perform well while another suffers in different economic circumstances.” Stock returns have climbed by more than 20% in specific years and decreased by more than 20% in others. Those are some huge swings. Consider that in 2020,  by March, the stock market had dropped more than 33%, only to swiftly recover and post significant gains by December. That was an exciting ride. You could have felt like you lost a lot of money in March 2020, and then you might be pretty happy a year later. Remember that equities are likely to fluctuate significantly more than bonds and cash.

The fact that Graham proposes you invest a significant amount of your portfolio in bonds or comparable securities can only signify one thing.

This volatility dampening is especially significant as you approach and enter your retirement years. You don’t have the luxury of time to recover from an unexpected setback.

For those with shorter time horizons, having more conservative options, such as stable funds, can offer volatility protection while still providing some benefits over money market funds. According to Syed Nishat, Partner at Wall Street Alliance Group in New York City, these funds can act as a portfolio stabilizer, hedging against market volatility with low risk. While the return isn’t as high as a more significant risk fund, they provide better interest rates with less price volatility.

This is more complicated than merely reducing downside risk.

Based in Washington, D.C., Fixed income and stable value investments are a vital component of a diversified portfolio, says Steve Pilloff, professor of finance at George Mason University’s School of Business. People frequently feel that diversification minimizes risk, but this is only half the picture. Diversification’s actual value allows investors to maximize the risk-return trade-off. A portfolio consisting solely of equities with a specific degree of risk has a lower anticipated return than a diversified portfolio with the same level of risk.

However, there is an additional benefit to dividing your portfolio into asset classes with complementary risk profiles.

According to Graham, an investor’s largest challenge is psychology and themself, says Paul Swanson, Vice President, Retirement at Cuna Mutual Group in Madison, Wisconsin. “By retaining a portion of their portfolios outside the stock market, they may protect themselves and their portfolios from themselves.

Graham foresaw what would later be known as “behavioral finance,” a mix between finance and psychology. He sought to assist non-professional (and maybe even professional) investors overcome their inner demons by requiring portfolios to have at least 25% in bonds. (He simplified it by saying it’s easier to have 50% in stocks and 50% in bonds.)

Historically, fixed income and stable value investments have played an important role in a diversified portfolio, says Gaurav Sharma, CEO of Capitalize in New York City. There’s a simple reason for this. While the returns on these assets are not as great as those on stocks over time, they are less ‘volatile’ and are less prone to fall in negative markets. Investing legends like Graham recognized that effective investing is more about human psychology than anything else. Having a reduced volatility portion of our portfolio helps to buffer our losses and keep us psychologically fortified when markets collapse, as they surely do from time to time. That implies we’re more inclined to stick to our guns rather than sell our riskier assets when they fall in value. This is frequently the worst moment to sell.

If you’ve heard of the notion of rebalancing, you already understand the true benefit of Graham’s suggestion. According to Brian Haney, Founder & Vice President of The Haney Company in Silver Spring, Maryland, Graham’s flexible allocation rule allows you to have cash ready to be opportunistic should the market provide such an opportunity.

In The Intelligent Investor, Graham says, According to tradition and solid reasoning, increasing the ratio of common stocks would be the emergence of the ‘bargain price’ levels generated in a protracted bear market. When, in the investor’s judgment, the market level has gotten dangerously high, the prudent practice would call for cutting the common-stock component below 50%.

It’s critical to comprehend the following: Graham first published this book approximately 75 years ago. He recognized that things change. The gist of what he stated was sound, but he was sure to point out that you should pay attention and not blindly follow anyone’s advice. (You might be curious about his attitude to “Robo-advice.”)

Traditional investment, a/k/a old school, is still based on a solid basis.

Graham was likely referring to a hedge against equities in the event of a market downturn, says Todd Scorzafava, Principal/Partner and Managing Director of Wealth Management at Eagle Rock Wealth Management in East Hanover, New Jersey. Individual goals, timeframes, comfortability, and ongoing plans will vary. The risk in a portfolio must be appropriate for the investor to maintain the course.

As a result, any advice should be seen as a beginning point rather than a definite dogma. The underlying logic diversification remains sound. Sharma says that there’s one thing to remember about fixed income investments today versus decades past: interest rates have compressed significantly across the board, so the returns offered by fixed income have come down in nominal terms. Maybe we are on the verge of rethinking what kind of returns we can expect from fixed income. However, the broader message about not being only invested in equities or riskier assets remains critical to remember.