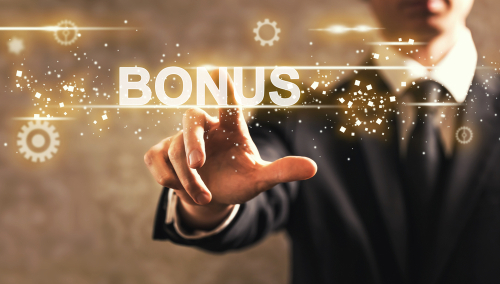 One of Robert Half’s studies revealed in early November that 57% of U.S. employers planned to provide year-end bonuses to their employees this year. According to the business consultancy organization, this is a decline from 2021, when 77% of respondents stated they expected to do so.

According to experts, there are several ways to spend end-of-year bonuses, including paying off debt, saving, investing, and establishing an emergency fund. According to the Summit Wealth Management Group at Morgan Stanley, year-end bonuses are a “wonderful method” to “aggressively attack” debt.

According to a report published by the Federal Reserve Bank of New York in mid-November, household debt had reached $16.51 trillion by the end of the third quarter, an increase of $351 billion over the previous quarter.

Emily Irwin, senior director of counseling and planning at Wells Fargo Wealth & Investment Management, said determining how and when to pay down debt depends on your income or total cash flow, willingness to take the risk, goals, and your time horizon for investment.

According to Irwin, those attempting to establish risk tolerance while deciding what to do with their bonuses should consider their debt, the condition of their emergency fund, and how much they can spend on investments or debt repayment. Additionally, one should “examine your goals,” she stated. Irwin added that you don’t have to pick between investing or paying off debt with your bonus. “You can do both.”

A portion or all of your year-end bonus might help you achieve your annual savings objectives. According to Morgan Stanley’s Summit Wealth Management Group, it can also help consumers meet their long-term goals. Irwin suggested saving 10% of paychecks as a starting point for establishing yearly savings goals and increasing the amount steadily until “ideally” achieving 20% of income for retirement and investing.

In an article, Elana Dure of J.P. Morgan Wealth Management said that new investors might spend their end-of-year bonuses in index funds. According to the report, viable alternatives to index funds for investors include individual equities, exchange-traded funds, and mutual funds.

According to Irwin, the goal is to instill a mentality of saving and investing, with empowerment and flexibility as the incentive. According to the J.P. Morgan Wealth Management article and Irwin, you may save some of your bonus money in your emergency fund. This, according to Irwin, is a “simple method” to put oneself in a position to handle both enjoyable and unpleasant unexpected situations, such as an unplanned trip or auto repairs.

She added that people should save between $1,000 and $5,000 in an emergency fund — you may be able to finance all or the majority of your emergency fund with your bonus.