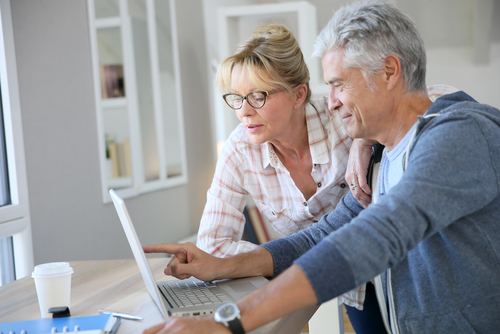 Like a jigsaw puzzle, the U.S. retirement system consists of a wide variety of parts that come together to form a complex, if not always cohesive, whole. Fixed-benefit pension plans are becoming increasingly rare among modern employers. It’s also true that Social Security has its flaws because it was never meant to be a retiree’s only source of money in their golden years.

Everyone must set aside money to ensure they have enough in their “golden years.”

U.S. support for retirees lags behind most other developed nations. Compared to other countries, the Mercer CFA Institute Global Pension Index of 2021 found that Iceland’s system was the best. In addition to Norway and the Netherlands, countries like Switzerland, Denmark, Australia, Ireland, and New Zealand do an excellent job of caring for their retirees.

So what exactly is wrong with workplace options?

One significant difference is that the burden of care and danger is now placed squarely on the shoulders of the individual. While many people have access to retirement savings plans like 401(k)s and Roth IRAs, the Center for Retirement Initiatives estimates that 57 million Americans will be in the “gap” between their current and desired retirement income levels by the year 2020.

Employees who are offered a workplace retirement plan are not obligated to participate. Because of a lack of familiarity with or participation in these plans, many employees miss out on the opportunity to save for retirement. It’s hard for low-income families to set aside money for retirement when they struggle to make ends meet, and savings can quickly dwindle due to inflation and rising healthcare costs.

Some of the problems facing Social Security.

According to the Social Security Administration, about a quarter of retirees rely on this public program for most or all of their income. Not enough to cover basic expenses, the average monthly benefit in 2022 was close to $1,600. If the program’s budget becomes too small to cover all promised benefits, benefit reductions may become necessary. The Pension Benefit Guaranty Corp. provides financial support to failing private pension plans and may become insolvent as soon as 2025. This is just one of many federal retirement-related programs that could jeopardize. Many Americans are likely to “outlive” their retirement savings and benefits, especially since more considerable pension funds, like those covering public employees, are underperforming and people are living longer.

Just what are the obstacles that prevent people from saving more money?

Inflation, low wages, health care costs, and other problems can affect personal damper savings, which is the third and increasingly important part of the retirement system. With people living longer, we need to learn to get by on less.

According to a recent survey of 1,000 people conducted by the Pew Charitable Trusts, more than half of independent (or gig) workers are concerned they won’t be able to save enough for retirement.

How are efforts being made to encourage more significant savings?

With the passage of the Pension Protection Act of 2006, employers are now permitted to initiate automatic 401(k) enrollment for their employees. Also, the employee’s yearly contribution amount can be increased mechanically. According to AARP’s research, people in the United States are very likely to start saving for retirement if their employers offer payroll deduction options. According to the Center for Retirement Initiatives, eleven states and two cities (New York and Seattle) have adopted programs mandating employers’ provision of retirement plans.

Now that I’m in this jam, what can I do to help myself?

Make the most of your employer’s retirement plan by matching contributions. Next year, you’ll have an additional $1,000 to allocate to your 401(k). Avoid the temptation to miss a month of retirement savings by setting up a recurring payment.

Save at least 15 percent of your pre-tax income for retirement, considering employer and other workplace contributions. A Roth IRA is something you should look into. Examine your income and expenditures to identify where to cut costs and put that money toward your retirement fund. Moreover, consult a financial planner to ensure that your accounts and asset allocations suit your objectives.