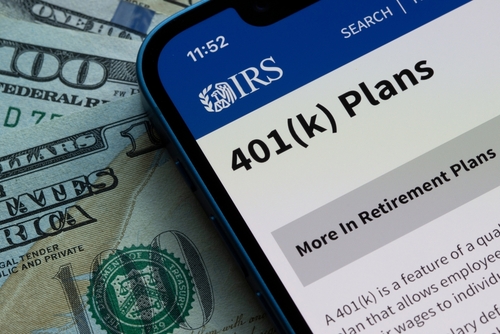 To improve Americans’ participation in retirement plans, lawmakers are looking to other countries for inspiration. Foreign governments use various carrots and stick to ensure employers offer retirement-saving plans to their workers and encourage them to participate, according to a report published by the U.S. Government Accountability Office.

The agency sampled retirement policies in several countries, including the United Kingdom and Canada, and found that some governments and companies mandate automatic enrollment in employer plans. According to U.K. law, employers must offer a retirement plan to their employees and automatically enroll them, allowing them to opt-out if they prefer not to contribute. The country also offers a public plan called the National Employment Savings Trust as an alternative to qualified private plans.

In Canada, employers are encouraged to participate in the Pooled Registration Pension Plan through tax incentives and other incentives.

Those incentive structures are well-suited to full-time and eligible part-time employees, but the countries surveyed struggle with expanding retirement savings for other part-timers and contractors.

In addition, Congress is about to finalize legislation requiring 401(k), and 403(b) plans to automatically enroll eligible employees with a minimum contribution rate of 3%. Neal’s Securing a Strong Retirement Act  (SECURE Act 2) would also expand the credits available to small companies that launch retirement plans.

Various states have enacted laws or regulations that require businesses to offer retirement plans that auto-enroll employees. According to the GAO report, auto-enrollment default contribution rates range from 3% to 5% in the countries surveyed. The GAO report saw a correlation between plan mandates and employee participation.

For instance, New Zealand’s KiwiSaver program requires employers to enroll all workers between 18 and 65 in a plan and contractors who work for more than 28 days. According to the report, 90% of workers remain enrolled in KiwiSaver after enrolling, rather than opting out.

According to the report, employers in Canada are encouraged but not required to offer the Pooled Registered Pension Plan. There has been little uptake of PRPPs in Canada, according to officials.

In March, the House passed the  SECURE Act 2.0, and the Senate passed its version of the bill known as the EARN Act. These bills aim to address some issues regarding participation in an employer retirement plan. A proponent of the Act requires automatic enrollment. The Treasury Department first approved automatic enrollment in 1998, and it has generally increased participation by eligible employees, especially Black, Latinx, and lower-wage workers. Adopting auto-enrollment increased 401(k) plan participation among short-tenure Latinx employees from 19% to 75%. As a result of these findings, the House is proposing an expansion of automatic enrollment in retirement plans. 401(k) and 403(b) plans would automatically enroll participants upon becoming eligible (and employees could opt out of coverage).

Initially, employees would have to contribute at least 3 percent, but not more than 10 percent. Following the first year of participation, the rate will increase by 1 percent annually until a total maximum contribution reaches ten percent. 401(k) and 403(b) plan established before enactment are not subject to the automatic enrollment requirement. Further, the automatic enrollment proposal would not apply to businesses under three years old or employers with fewer than ten employees, and automatic enrollment would take effect after December 31, 2022.