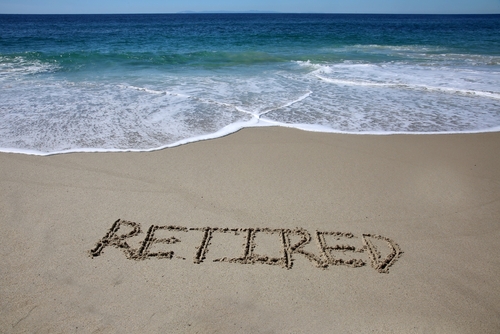 Whether you have your retirement date circled on your calendar or have just begun the next phase of your life, you have likely considered taking a trip. But how does one select the ideal destination? There are several factors to consider, including cost, activities, language, and transportation.

The question was posed to the Retirement Awaits Facebook community for some expert advice on the one excursion retirees should make. Here are some of their recommended suggestions for the greatest destinations to travel to when reaching retirement age.

According to respondees, Italy offers everything, including history, beauty, beautiful people, and delicious cuisine. As the birthplace of pizza, Naples has one of the tastiest pizzas (as it should since pizza was created in this lovely city). Others said the pasta was amazing, especially in Rome. Therefore, foodies and history enthusiasts would like this nation tremendously.

After retirement, Janet Surwillo enjoyed a trip to Naples, Sorrento, the Amalfi Coast, and Capri. According to Surwillo, visiting the Amalfi Coast and Isle of Capri was her favorite pastime. Surwillo said that it was the most gorgeous spot she had ever seen, even more so than Hawaiin, but be warned bus journey up the cliffs was a little nerve-wracking but worth it!

She explored the remnants of the old city of Pompei and Mount Vesuvius, which devastated it. She sailed on the Mediterranean, which she describes as “the bluest of blues,” and saw the Colosseum and the Trevi Fountain in Rome.

Surwillo advised that walking will be required to see as much as possible. Therefore comfortable shoes are a must. She arrived around the beginning of autumn to avoid the summer heat, which can be rather intense. It is an ideal location for appreciating Italian culture.

Since she was departing from St. Louis, she could not obtain a direct flight to Naples. Instead, she recommended flying through Rome, which is more accessible from most major U.S. cities.

Tim Frank spent three months in Tavira, in the Algarve area of Portugal, between April and June. He claims that, despite occasional high temperatures, the weather is excellent for the region’s Blue Flag beaches, which are among the greatest in the world.

He stated fondly that he was at the beach daily and recalled the availability of fresh seafood, especially freshly harvested clams; yum! He appreciated the several local celebrations that he saw. The architecture (influenced by the Moors) was amazing, and the fado music was enjoyable. In Tavira, he had some of the finest sangria ever. “Local pubs offer great entertainment.”

Frank asserts that it is simple to go about thanks to economical, efficient, and quick transit. He took trains to Faro, Lisbon, and Porto, among other Algarve destinations. Although English is commonly spoken, he recommends learning Portuguese if you need to use municipal services or other services such as the internet. According to Frank, food shops are well-stocked, and people are kind.

His recommendation: “Do not acquire huge Euro denominations.” Avoid paying any invoices that exceed 20 euros. Get accustomed to withdrawing cash from ATMs.

If you want a place to unwind after retirement, Frank thinks Portugal is laid-back and slower-paced. Many stores close between midday and lunchtime for their siesta. Plan appropriately, as restaurants often do not begin serving supper until around 7 p.m. Enjoy the delicious seafood! And the nighttime entertainment, particularly if you can catch a fado performance. Take part in the celebrations. Live like a native. Admire the beaches. Travel via train!

Frank also spent a month in Dublin, Ireland, and another month in Moynalty, a little hamlet located around 70 kilometers (43 miles) distant.

His favorite aspect of traveling abroad was meeting new people. Make plans to make pals! Strangers are only unknown until they are met. Give yourself plenty of time to visit Dublin, but also be sure to explore the surrounding countryside. He enthusiastically endorses Galway and Dingle. Utilize a local tour provider. He went on one tour of the Irish countryside for seven days. It was incredible! Enjoy the entertainment and pubs! Observe an authentic Irish dance performance.

While Dublin is extremely walkable, Frank suggests renting a car in Ireland due to the small roadways. He also claims that Ireland might be more costly.

Frank claims he never became bored since there was so much to see and do. “At Moynalty, total strangers invited me to supper and family gatherings in their houses. The cuisine everywhere was delicious (I love lamb). Even acquired a liking for black pudding. Consume some Irish whiskey and beer (in moderation)! The traveler visited Galway and Dingle and enjoyed both. The performances of Irish dancing were outstanding. I attended the 20th anniversary of Riverdance and a few Broadway productions.”

Not familiar with black pudding? It originated in the United Kingdom and Ireland and is essential to the English breakfast. It is a sausage created from blood and cereal, typically oats. It’s a “love it or hate it” type of cuisine, but like Frank, you’ll never know till you try it!

Linda Scott suggests a journey to Alaska if you remain in the United States. She has gone there six times and claims she has not seen everything. She suggests Alaska because of its gorgeous mountain ranges, glaciers, lakes and rivers, waterfalls, animals, various landscapes, major booming cities and lovely tiny villages, national parks, ancient mining towns, pristine environment, and rich history as the final frontier.

Scott’s first journey to Alaska was a 7-day Inside Passage cruise with her husband. Seward, Juneau, Skagway, Ketchikan, and Sitka were included among the ports of call. This option appealed to her because it allows travelers to tour port towns and go on shore excursions.

If you have several weeks or more, she recommends hiring a vehicle or RV. You can drive your RV along the Alaska Highway.

Taking it all in a while, capturing the breathtaking environment. There are various fishing trips in Homer, Seward, and Valdez for individuals who enjoy fishing. You may take a helicopter flight to see Denali, glaciers, and bears up and personal. Alaska has so much to see and do!

Scott recommends purchasing a copy of The Milepost. It is a best-selling Alaska travel guide. “It’s essential! It has everything, and I do mean everything.” Alaska is full of things to see and do.

When you retire, take the time to unwind and take it easy; you’ve earned it! Enjoy the places you dream of visiting.