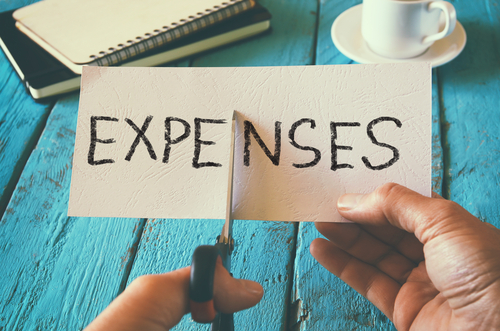 According to the most recent official statistics, the average monthly cost for persons 65 and over, including rent, groceries, and healthcare, is roughly $4,345. In 2016, retirement-age Americans could spend approximately a thousand dollars less, at $3,564. However, with inflation only lately beginning to decrease from a nearly 40-year peak this summer, financial experts predict that older Americans will need to reduce their spending even more in the future.

When thinking about retirement, you need a plan and approach that includes a lot of things to retire successfully, says Anthony Colancecco, a Ballentine Capital Advisors financial consultant in Greenville, South Carolina. Think about your health, income, spending, inflation, other financial goals, and whether you have enough assets to retire comfortably.

It will be difficult, and you will most likely “have to do things differently,” according to East Norwich, New York-based consultant Peter T. Palion.

Here are a few ideas for cutting retirement costs:

Before you retire, pay off your mortgage. In 1990, only one-fourth of retirees owned a mortgage, according to Harvard’s Joint Center for Housing Studies. Housing is the most expensive item for older households based on the average dollar amount and proportion of the household budget for more senior households.

That’s an issue for retirees on a limited budget for one major reason: housing is pricey. Of course, paying off your mortgage does not eliminate all housing expenditures (you will still need insurance, taxes, and other expenses), but it can lessen most of them.

Owning your own house would undoubtedly reduce your living expenditures, says NerdWallet investment spokeswoman Alana Benson. However, she cautions that paying down your mortgage rapidly may make it difficult to save for retirement. Consider migrating to a lower-taxed and less-expensive state (or country).

According to Benson, one of the greatest ways to battle growing consumer costs is to relocate to a more affordable place — “to a state with fewer taxes… and a lower cost of living.” She says that the amount of retirement will depend on your lifestyle and living expenses.

There is an average state tax rate of 0.41% and 0.55% in Alabama and Louisiana, respectively, and their typical property values are likewise comparatively modest at $209,000 and $217,296, respectively. On the other end of the scale, states such as New Jersey, with an average tax rate of 2.49% and a house price of $484,393, have higher monthly costs that can swiftly deplete a single retiree’s cash flow.

According to Palion of Master Plan Advisory, it’s especially difficult for single people in high-tax areas of the country. A single person may be more likely to squeeze into a studio apartment than a couple who may take a one-bedroom, adds Palion. Compared to a person, a couple does not utilize twice the quantity of utilities, he says.

A retiree or a person considering retirement should create a budget of their overall monthly expenses before deciding to move, adds Colancecco. For example, do you need a gym membership and a Peloton? Should you cut back to once a week if you prefer to go out to supper twice a week? He says that when inflation is at an all-time high, we must make short-term decisions to aid with long-term results.

According to BLS (Bureau of Labor Statistics) data, transportation is frequently the second most expensive item that the 65 and older age group spends money on, behind housing. Can you all move to one car if you no longer travel to work and have a spouse at home? Can you pay off your automobile so that you just have to pay for gas, insurance, and maintenance? Could you do it without a car entirely?

Consider this: according to BLS statistics, the average retiree spent $1,396 on fuel in 2021. That was before gasoline prices increased by 17.5% in October 2022. Furthermore, the cost of new automobiles has risen 8.4% in the last year; used car prices have also risen.

Learn how to save money on food.

According to official data, the cost of eating at home has risen 12.4% in the last year. Individuals, according to Palion, should view this as a chance to make prudent expenditure cuts. Buying store brands instead of name brands is another good method to save money, he adds, adding that purchasing more in bulk at places like Sam’s Club, Costco, and BJ’s, or just simply looking for cheaper options is another good method to save money. Bulk buying might save an average of 25% on popular home products.

Although overall inflation has begun to moderate from its 40-year high of 9.2% in June, consumer prices in October throughout the country remained quite high, at 7.7% higher than a year ago, according to BLS statistics. Data reveal that energy services, including electricity and gas, increased by 15.6% yearly. With limited room to cut monthly expenses for these people, he adds that they can cut their utility costs by dialing down their “heat in the winter, maybe progressively from 69 to 66 [degrees].”

Last year, adults over 65 spent $7,030 on health care, according to BLS data. Amy Hubble, the lead investment adviser at Radix Financial, advises people to consider the role healthcare would play in their monthly budgets in retirement and that these expenditures, in particular, can be some of the most unexpected.

Although Medicare is generally comprehensive, there will always be gaps, Hubble said. Saving and investing for retirement with health savings accounts (HSAs) are great ways to take advantage of triple tax incentives, as healthcare can easily become your largest retirement expense.

Individuals 65 and over will spend an average of $2,889 on entertainment in 2021, according to Palion, and one easy method to start cutting back on discretionary expenses like movie tickets and dining out should be the first to be removed.

And for those who still have it, Palion recommends cutting your monthly spending on cable television. According to Allconnect, monthly cable bundles cost about $217.42 on average, which is significantly more than the $205.50 homeowners spend on all major utilities combined. He explains that you may just obtain an internet provider and then connect there, meeting your TV-watching demands through one of the app-based solutions.