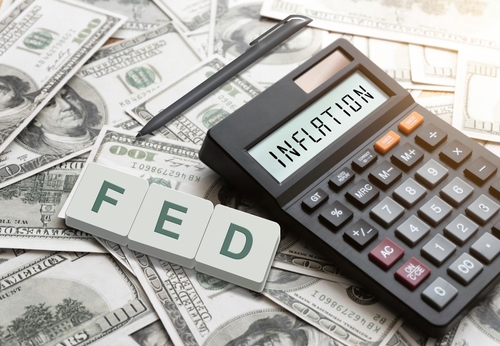 Retirees need to watch their spending after the Federal Reserve raised interest rates again on Wednesday.

The Federal Reserve announced a third increase in the federal funds rate on Wednesday. This time, it would go up by 0.75 percentage points, keeping it between 3% and 3.25%. Officials said this wouldn’t be the last time this year and that the rate would rise to around 4.4% by the end of 2022.

The news might be scary for retirees since many live on a fixed income. The Federal Reserve tries to fight inflation by raising the federal-funds rate. Still, many Americans are also trying to fight inflation on their own while dealing with the stress of market volatility. Over the past few years, the economy has sometimes been scary for retirees and retirement savers. Market volatility has decreased 401(k) balances, and rising inflation has made groceries and gas much more expensive.

The Federal Reserve said that if interest rates go up, the economy will slow down, and the unemployment rate will go up.

According to Kelly LaVigne, vice president of advanced markets and solutions at Allianz Life, the first thing to watch out for is spending. Companies have tried to catch up by making a lot of inventory. A slowing economy may allow them to sell it at “tempting prices,” he said. These sales may be tempting, but LaVigne said that retirees and people saving for retirement should be careful and stop bad spending habits.

Shortly after the latest announcement from the Federal Reserve, U.S. stock indexes went down.

Volatility can be hard to deal with, especially if your retirement savings are in a portfolio of investments. Still, retirees and people close to retirement are often told to stay the course. “In reality,” LaVigne said, “we need to protect ourselves from ourselves.” That means sticking to a retirement plan and balancing one’s risk tolerance, time horizon, financial assets, and needs as well as one can. Experts have said that one way to stay calm during times of volatility is to not look at your portfolio too often.

Americans may also want to use this time to pay off any high-interest debts and check with their banks about savings account interest rates, which will also go up because of the rate hike.

In case you’re retired or close to it, now is the time to think about other ways to make money if you haven’t already. For some Americans, that may mean a retirement portfolio and Social Security benefits. For others, it might be a pension or an annuity, in addition to their savings for retirement. Many retirees work part-time to make extra money and keep their investments safe. Other older Americans who were forced to retire during the height of the pandemic are pursuing “unretirement,” where they go back to work.

Extra income streams are helpful in the present because they allow investors to leave their investment portfolios alone, giving those investments time to recover from market volatility. However, extra income streams will also help future retirement security if savers keep putting money into a retirement or investment portfolio when the cost of living rises. For example, healthcare costs for retirees have been going up year after year and are expected to keep going up.

LaVigne said that retirees should consider how they feel about the latest rate hike and keep that in mind if the Federal Reserve raises rates again later this year. “Take a look at where you are now,” he told her. “Remember how it feels and try to make plans ahead of time.”