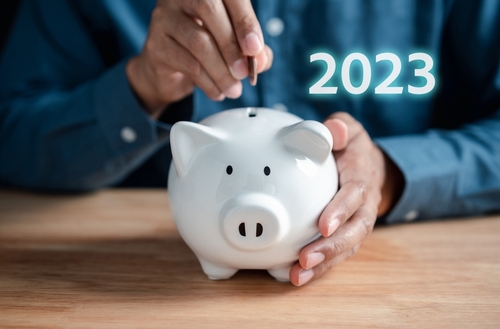 Within-plan annuities continue to benefit insurers. They can approach retirement consumers to avoid the regulatory difficulties set by the Labor Department for certain financial advisers who have been called “sharks” who prey on vulnerable older Americans.

Decades of fluctuating interest rates have compelled many firms to forsake traditional pensions in favor of defined-contribution, 401(k)-style plans, which move the burden for saving enough money to last a lifetime from corporate balance sheets to employee accounts. Advocates assert that annuity contracts are a potential answer to the problem of employees outliving their savings, especially when structured as investment alternatives inside a qualified retirement plan.

Andrew Stumacher, managing director of bespoke defined-contribution solutions at AllianceBernstein Holding LP in New York, expressed his belief that you will see these possibilities everywhere in the future. Further adding that this trend toward a greater predominance of income options in plans. As a result of SECURE Acts 1.0 and 2.0 removing these major problems, more default solutions will be implemented.

Both SECURE Acts 1.0 and 2.0 were designed to address the discrepancy in retirement income, a concern that has spurred a growing interest in annuities. This growth might boost a market for financial services that are shifting in the face of increased regulatory challenges.

It has been reported that Michelle Richter of Fiduciary Insurance Services LLC, a company that advises plans on in-plan annuity sales and wealth management is a higher-margin industry than planned advising services, forcing the two businesses to merge.

Recordkeeping fee arrangements for third-party retirement plan service providers have shifted from a proportion of assets under management to fixed cash amounts per member. In response to the rise in 401(k) litigation, participants are demanding lower, simpler fees.

Due to changes in recordkeeping fees, plan sponsors are seeking to keep participants in their plans through retirement, said Richter. Keeping members in the plan into retirement necessitates the inclusion of income-oriented alternatives.

Historically, workers have accessed annuities on the retail market at or around retirement age. In the previous decades, however, brokers who relied on commissions to make a living gained a poor reputation by exploiting elderly Americans with fee-laden contracts that were practically hard to terminate.

Olivia Mitchell, professor and executive director of the Pension Research Council at The Wharton School’s International Foundation of Employee Benefit Plans, stated that if a financial adviser is interested in convincing a retiree to invest in various assets, he or she may have a conflict of interest. She explained that having a fiduciary in the plan assume responsibility and conduct the required research to ensure the annuity provider is reliable is extremely advantageous for both the insurer and the participant.

Since the 2008 crisis, the US Department of Labor has fought an aggressive regulatory war against these brokers by attempting to attach strong fiduciary norms of behavior to a greater range of financial advice. Later this year, the Biden administration is slated to release the latest version of this regulation.

Richter stated that it is not surprising that the insurance sector clutched to SECURE Acts 1.0 and 2.0 as if they were lifelines. The American Academy of Actuaries backed both bills, and the National Association of Insurance & Financial Advisors and the Life Insurance Marketing and Research Association hailed their approval.

Instead of depending on clients from financial advisers, insurers directly sell in-plan annuity products to plan providers. Institutional in-plan options, for which SECURE legislation helped pave the way, are a vehicle for these corporations to tap into the lucrative retirement market by bypassing broker-dealers.

Bryan Hodgens, head of distribution and annuity research at LIMRA, the largest trade group for the insurance and allied financial services sectors, stated there’s a different structure because it’s an institutional product, and you don’t have the middleman there.

Guaranteed lifelong income advantages sound alluring, but advisors must overcome a deeply ingrained annuity stigma to increase participant participation. The shark-infested retail annuity industry produced a poor image for all types of annuities that may be difficult to overcome.

According to a 2021 survey by the Teachers Insurance & Annuity Association of America, about seven out of ten retirement plan participants and sponsors consider guaranteed income schemes to be “very” or “very” desirable. Nearly 90% of surveyed plan sponsors would consider introducing an in-plan annuity.

According to Richter, Congress is responding to this theme in its most recent version of SECURE, but participants are not grasping the message. In the same TIAA research, slightly more than half of the participants were enthused about in-plan annuity options, but many still preferred 401(k) plan tweaks to prevent outliving their funds.

LIMRA reports that just 14% of defined-contribution plans allow members to annuitize their plan balances. Insurers realize the difficulty, yet structural constraints impede product delivery at the participant level. They enter into contracts with recordkeepers who, in turn, contract with plan sponsors who interact directly with participants. Hodgens stated the insurance firms now understand that they lack the means to communicate their narrative and promote their goods. They actively and deliberately consider three or four audiences with their sales teams and internal resources.

Schumacher stated that plan sponsors need to recognize that lifetime income solutions allow them greater control over whether or not an employee retires and when. Employers who wish to replace aging employees with younger talent might utilize guaranteed income alternatives as a tempting perk.

Whether they realize it or not, participants may enroll in programs that already provide annuity products. Beginning in 2025, SECURE 2.0 enables automated enrolment in new workplace plans. Since the majority of default retirement alternatives are target-date funds, this is the sector where insurers anticipate the highest growth.

Hodgens stated that this combination would naturally result in more money invested in annuity products.