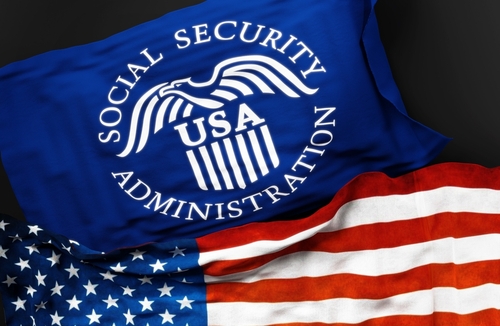 Social Security is in peril, and President Biden is confident he has the ultimate solution. In November, almost 66 million Americans, the majority of whom were 62 or older, received Social Security benefits. These payments are largely seen as a need for the 48,5 million retirees to support their expenses.

But while providing retirees with a financial basis, America’s premier retirement program is in dire straits. President Joe Biden believes he has the answer to what ails Social Security, but he will need the assistance of freshly elected politicians to implement it.

It might be fewer than 12 years until retirees’ benefits are reduced.

For each of the previous 83 years, the Social Security Board of Trustees has produced a report that’s analyzed current and future program finances (over the next ten years) and long-term (75 years following the release of a report). The Trustees Report essentially serves as Social Security’s financial sheet, allowing anybody to view how money is generated and where it is spent.

In determining the financial health of Social Security, the Trustees Report takes into account shifting macroeconomic and demographic factors in addition to historical financial data.

The 2022 Trustees Report revealed that Social Security had dug its deepest hole: an anticipated $20.4 trillion deficit in financing through 2096. Since 1985, there has been a long-term budget deficit forecast in every Trustees Report.

The worsening financial condition of Social Security is mostly due to demographic changes. Other variables include:

With these modifications impacting the worker-to-beneficiary ratio, the program’s financial underpinning will continue to deteriorate.

Based on last year’s forecasts, the Old Age and Survivors Insurance Trust Fund (OASI)’s assets are forecast to run out in 2034. The OASI is the Trust responsible for distributing payments to 48.5 million retired workers each month and approximately 5.9 million survivors of dead workers. If this surplus income were to be depleted within the next 12 years, the Trustees anticipate a 23% reduction in benefits across the board would be required to maintain payments until 2096. For comparison, a 23% benefit decrease would drop the typical Social Security check by around $420 per month (In January 2023 values), or $5,000 per year.

Before he was elected president in 2020, then-candidate Joe Biden offered a proposal that he claimed would enhance Social Security for decades. Although there are four Social Security adjustments Biden proposes, two are important to shoring up the program.

Biden’s most significant Social Security proposal would directly address income disparity and create substantially more cash. In 2023, the Social Security payroll tax of 12.4% applies to earnings between $0.01 and $160,200. “earned income” refers to wages and salaries but not investment income. Approximately 94% of all working Americans earn less than the $160,200 maximum taxed income ceiling. For the remaining 6% of workers, earnings over $160,200 are free from payroll tax.

Joe Biden’s proposal would establish a doughnut hole between the maximum taxable earnings ceiling and $400,000, where earned income would stay free and reinstall the payroll tax on earned income beyond $400,000. Since the maximum taxable income limit tends to climb with inflation over time, this doughnut hole would finally shut decades from now. This immediate boost in payroll tax revenue should push out the asset reserve depletion date of the OASI.

In 1975, Social Security began using the CPI-W, a/k/a the Consumer Price Index, for urban wage earners and clerical workers to determine the cost-of-living adjustment (COLA). Unfortunately, as its name indicates, this is a price-measuring index centered on the spending patterns of “urban wage earners and administrative employees.” In other words, those who are not normally getting Social Security benefits.

Biden would want to see the Consumer Price Index for the Elderly (CPI-E) used to determine COLA instead of the CPI-W. The CPI-E examines the spending habits of elderly Americans, which would likely result in a greater yearly cost-of-living increase.

Does Biden require a new Congress to overhaul Social Security?

The issue for Joe Biden — and honestly, any other president for more than three decades — is that he requires the backing of members of Congress to change the Social Security Act. Recently, the 118th Congress was sworn in.

Will this new Congress collaborate with the president to implement Social Security reform? If you were to shake the Magic 8 Ball, the response “All indications point to no” would probably appear.

Both parties agree that Social Security needs repair. Nevertheless, they have approached their separate remedies from quite different perspectives. Whereas Biden’s approach tries to generate extra income from high-earners and expand benefits for low-earning employees, the Republican option intends to extend the full retirement age and transfer the inflationary metric to the Chained CPI.

To save money on Social Security, the Republican plan focuses on cutting long-term expenditures. In conclusion, both parties offer viable answers but with vastly different schedules and ideologically divergent methods.

Biden’s other obstacle is obtaining the requisite Senate votes to reform Social Security. Sixty votes are required in the Senate to modify the nation’s premier retirement scheme. Since no party has controlled at least 60 Senate votes since 1979, any legislation aiming to modify Social Security would require bipartisan backing. Since Ronald Reagan, it has been nearly difficult for every president to obtain such support.

Even though a new Congress is taking shape, it is exceedingly improbable that Biden’s Social Security proposals would receive legislative backing.