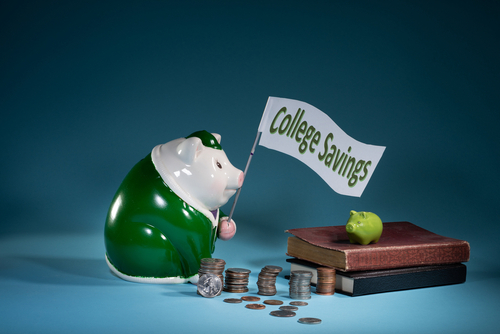 Advisors celebrated the passing of a retirement reform law at the end of 2022. Most of the discussion centered on provisions allowing savers more leeway in their retirement preparations and incentivizing more employers to provide workplace savings programs.

Advisors have a huge chance to help their clients avoid a tax trap thanks to a provision in the Secure 2.0 Act that might make it simpler to keep the tax-advantaged status of leftover money in 529 plans meant for college tuition.

Savings for education can be transferred tax-free into retirement savings thanks to a new rule that allows for a rollover of up to $35,000 from long-term qualifying tuition plans into a Roth IRA.

Financial advisor and chief planner with CI RegentAtlantic Private Wealth, Matthew Masterson, thinks this is a perfect chance for young people with 529 plan overages to join a Roth IRA.

Taxes at the federal and state levels, plus a 10% penalty, will be due on any profits withdrawn from a 529 plan for use on anything other than eligible higher education costs.

You must still pay taxes under the 529 clauses, which go into effect on January 1, 2024. However, the new rule does provide a means for the beneficiary to access the money without paying the 10% penalty normally associated with nonqualified withdrawals.

Previously, the alternatives were to pay the penalty and income tax on profits inside the 529, Masterson explains, or move the beneficiary to someone else in the family that might be able to access the money, such as a brother or grandkids. According to Masterson, this opens up a new financing option for the Roth, which is a great retirement vehicle and may assist the intended recipient in a very concrete way.

According to Ed Smith, a senior tax and estate planner at Janney Montgomery Scott, the new law may have the unintended consequence of boosting people’s motivation to save money for higher education.

Because of the fear that unused money could only be accessed by incurring a penalty/  Smith said that he believes it’s important partly because he felt a lot of folks had not placed as much into 529s as they could. With the new law, he believes that many people may now overfund it.

There are a few restrictions attached to the new regulation. Before a 529 plan may be rolled over to a Roth IRA, it must exist for 15 years, and contributions and gains from the prior five years are ineligible.

Rollovers are capped at $35,000 in aggregate, and 529 members who choose to take advantage of the new provisions remain subject to the annual contribution restrictions for Roth IRAs, which are set at $6,500 in 2023.

Since recent estimates place the annual cost of higher education at over $35,000, the vast majority of a fully funded 529 plan would be susceptible to withdrawal penalties if this restriction were to be applied.

Kristen Carlisle, general manager of Betterment at Work, says. Ideally, people would be able to roll over any leftover assets, regardless of balance size; nonetheless, $35,000 is a wonderful start and a fair number.

However, unlike Roth IRAs, which have income restrictions, Section 529 rollover provisions do not, meaning that high earners with surplus tuition funds can take advantage of a tax-advantaged savings account.

Another fantastic thing about this regulation is that income constraints do not apply, explains Masterson. Therefore, this is now an alternative for someone who has 529 funds in their name but is no longer in school and earns too much to contribute to a Roth each year.